As the second instalment in our coverage of major library projects, we’re exploring some innovative buildings that have had a substantial, regenerative effect on their local areas. Lorensbergs is delighted to have been part of these projects, with our netloan account team, support staff and engineers working with library counterparts to ensure computer facilities and printing are set up to provide the best possible service for library users.

Self-service is an important theme throughout these library developments, with kiosk integrations helping meet customer need for efficient, modern services at both Slough and Brent Libraries. These are two library authorities who also contributed to Lorensbergs’ and CILIP’s book: Short Stories from the Peoples Network. If you haven’t seen it already, it’s a compelling collection of experiences and views from library staff on providing computer services to the public – read more here.

The Curve which opened at the beginning of September 2016 was heralded as being the centrepiece of the 'Heart of Slough' regeneration scheme, a £1bn project which aims to give the city centre a full makeover. The library building itself is a £22million project. 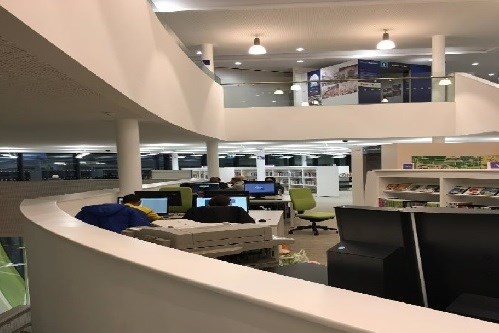 In addition to the central library services, there are community learning rooms, registrar services and wedding room, a tempting cafe and garden area. It also houses a large performance and multi-use space, known as ‘The Venue’ where we were fortunate to hold a 2016 netloan user group shortly after the building first opened.

Netloan manages computer and printing services, and Bibliotheca integrated kiosks provide self-service PC booking and print payments. The design of the overall space incorporates two outdoor public squares, with the library providing a pedestrian indoor ‘street’ which joins it all together. As well as encouraging greater footfall, it can be interpreted as being symbolic of the library's role, pivotal to progressing the mobility and vision of the city’s population.

In Slough Libraries' contribution to Short Stories from the People’s Network, they reported that their PC usage figures across the authority’s libraries are growing, with a particularly big increase in young people visiting the Curve to use the PCs and free Wi-Fi. It gives the opportunity for staff to engage and interest them in the wide range of services on offer.

In late 2015, the rebuilt Library at Willesden Green opened to provide a new cultural centre and community space for the rapidly changing civic environment. Arranged on three floors around a triangular atrium, the building includes a museum, archives and reading rooms, café and gallery, with large expanses of open library space. Its performance space provided an impressive setting for our 2015 London and South East netloan user group. 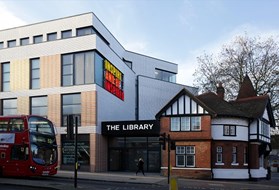 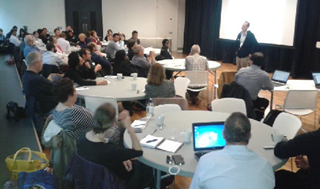 Self-service is an important aspect of how the library works, enabling staff to cover the large areas of the library. Netloan on self-service kiosks enables customers to manage their own printing, while fair access to the popular computers is also maintained through netloan PC booking. Brent Libraries also featured in the Short Stories book and has reported rising rates of computer usage over the previous three years, helping the library to bridge the digital divide within its community. 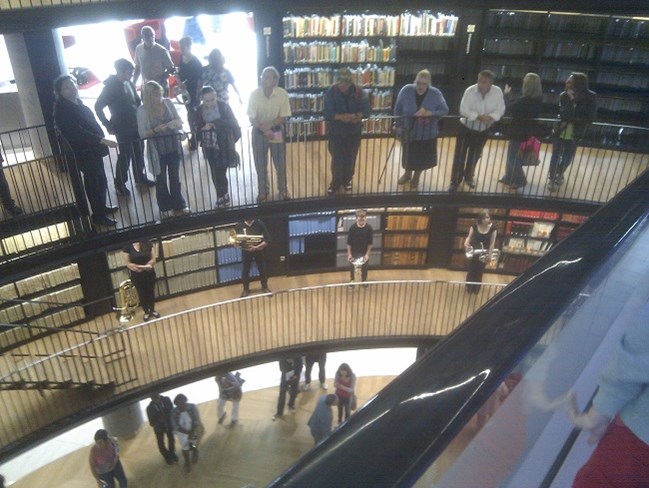 The iconic Library of Birmingham opened in 2013 with an extensive estate of 140 public computers managed by netloan. Library members can book sessions online using netloan for up to nine hours per week and up to 7 days in advance. The computers continue to be an integral part of library services at Birmingham with steady usage being reported.

We were delighted to host the 2013 netloan user group at Birmingham for customers in the Midlands.

Further major library projects will be explored in the Lorensbergs' blog next month. Please get in touch with your netloan account manager if you would like further information on any of the above projects.